A downloadable game for Windows, macOS, and Linux

This is an adaptation of the Desolate boardgame by Grey Gnome Games. The creator has kindly given me permission to distribute this. You can find an official print-and-play edition of Desolate on PnPArcade.

If you have previously played Desolate then this is a one-to-one translation of the game to digital text-based form so there shouldn't be any surprises.

I have implemented it as a text-based game which runs in a Windows terminal. Input is via keyboard in order to enter choices for what to do next.

Description of the original board game:

There was no communication with Station 4 on the distant moon, X483. You were part of a rescue mission to investigate the silence. Upon arrival your ship lost the use of its controls and crash landed but meters away from the station.

Once inside you realized something terrible had happened. The station was occupied by aliens!

Stranded, you must make your way through the station to locate enough power cells to activate the escape shuttle. Will you be able to survive the horrors of the abandoned station?

Your goal is to collect 5 power cells without running out of health or oxygen. The game has an exploration deck (a card deck that is part of the boardgame) that represents rooms to explore and encounters with aliens.

The game is split into "levels", which represent one use of the entire exploration deck, after which it is shuffled and a new level starts. Each level contains multiple "turns". Each turn consists of drawing two exploration cards. You are shown one and must decide whether to resolve that card or the unknown second card. When a level ends you consume 2 units of oxygen. If you reach 0 then you die.

Rooms provide you with the stated reward directly. Power cells can be found in Engineering. Conflict cards have an associated value, shown for example as "Conflict (4)". This value is added to a randomly generated value (1-6) to give the alien's health. When combat starts you automatically take a random amount of damage (0-4). You decide how much of your ammo to use in each combat round. Each unit of ammo gives you a dice roll, which are all added together to give the damage caused to the alien. If you haven't killed it then it damages you again (0-5 points) and a new round starts.

For those familiar with the boardgame, the random values are generated from a conflict deck that this game maintains behind the scenes.

The video shown on this page demonstrates a single play of an earlier version of the game.

As of v1.3, Desolate supports coloured text and proper line wrapping with automatic detection of terminal size. This should provide a significantly nicer experience when playing but is a huge update of some very core things. As such, it is possible there may be problems.

If Desolate fails to detect your terminal size then it will display a message:

Unable to detect terminal size. Check the store page for a workaround.

If this happens then a workaround is to create a file named desolate.conf in the same directory as the executable and add the following lines:

(Change the value to a number that works for you. Note that this won't resize the terminal, it will wrap the text based on the value you gave.)

Also, if you prefer the old style game without colour then you can add the following line under the ui section:

So if you had both lines it would look like:

Fun game; I've been playing version 2.2 on windows, and run into a consistent error and have a few suggestions:

Error - the game crashes when the player has a piece of equipment that would be useable in combat specifically.  The error message is several lines of text:

Suggestion 3 - Corporal Taylor's description is missing a space between the words "first" and "voyage."

Thanks for the feedback! I'll take a look at the error and the typo. In terms of loading specific expansions it's briefly explained in this post: https://kemp.itch.io/desolate-text/devlog/276955/desolate-v20-released-with-dark...

I'm intending to write a more detailed post about the options available in the config file in the not-too-distant future.

Thanks for the quick reply, Kemp.  I will give that a try, but it would be nice if there was an option in game to select modules (and to select to play again, instead of an ending "option" that is a forced action but not really an option at all).  Those two changes would make it a lot more user friendly.

One other suggestion: for game play strategic purposes, it would be interesting if the card that was redeemed for a crate was announced: advanced players are paying attention to every card that gets played in any way, because it impacts probability calculations throughout the rest of the game.  If one of the Engineering cards just got discarded as a crate redemption, that changes the way you use ammo for the rest of the game, for example!

And I tried to create a .txt file with the text being

saved as the file name desolate.conf (and I also tried desolate.cnf) saved in the same directory, but neither of those worked.  This is where an in-game module selection would be handy.

Also, I believe the SSRI card is not working: if you have that item, and type :u or otherwise look for a way to remove an affliction, it never gives you the option to use an SSRI.

Thanks again for all the feedback, all of it is going on the list. I'll look into the bugs first but the other suggestions won't get lost :)

That's weird about the config file not working, as I routinely use those for testing various things. Either way, expect a bug fix update in the next few days.

Thanks, Kemp.  And it looks like the SSRI can work if a player has it at the start of the game, but one use items (like the SSRI, Mega Oxygen, and presumably others) DO NOT work if they are found during the course of the game: if found, they do not register as an option to be used upon entry of the :u command.

Neat! Works as expected, and I enjoyed the fact that it plays in terminal! I wasn't sure if you can shoot more than the amount of dice provided (4), but that's a game design decision I suppose!

You should be able to shoot with as many dice as you have ammo for, so if you have 7 ammo then you could roll all 7 dice at once. That would be a bit wasteful though ;) The plasma mine does have a limit of 4 dice if that's what you were referring to?

it's not obvious in the rules if you can assign more than 4 dice, but as you said that's probably rarely a good move anyway. 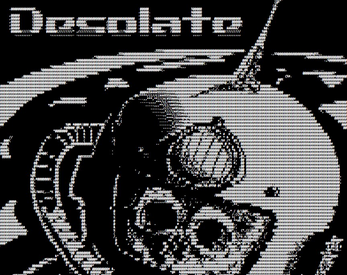